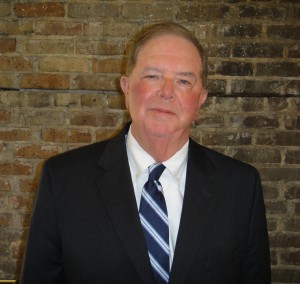 Peter is a former federal prosecutor who specializes in the area of Federal Criminal Defense. Over his 40 years of law practice, he has developed the reputation as a relentless trial lawyer who is a zealous advocate for his clients. Peter has tried well over 100 criminal and civil cases over his extensive career. No case is too tough for Peter, as he has participated in cases of every type, either as a former federal prosecutor or a criminal defense attorney.

Other notable cases in Peter’s career include: U.S. v. Nix, et al., involving the execution style murders of Judge Vince Sherry and Mrs. Sherry; the representation of a Fortune 500 company and its multiple employees during the extensive federal and state investigation in the aftermath of Hurricane Katrina; handled prosecutions arising out of “Operation Pretense”, a federal investigation into extensive public corruption in county government in all 82 Mississippi Counties; in the Southern District of New York, Peter defended, through trial, a client charged in an extensive alleged abusive tax shelter case, a trial that lasted 5 months following 4 years of a federal grand jury investigation [U.S. v. Vaughn, et al.].

Peter was also the first federal prosecutor from Mississippi to be named Assistant Director of the Department of Justice’s National Advocacy Center in Columbia, South Carolina.

Peter’s success in federal criminal cases continues, as he secured an acquittal in USA v. Gonsoulin [1:10-cr-97-HSO-RHW] in May of 2011, a case that involved child pornography charges against a Biloxi man.

Peter primarily works out of our Gulfport, Mississippi office. Peter is also licensed to practice in the State of Louisiana. Contact us and put Peter’s years of litigation experience to work for you!